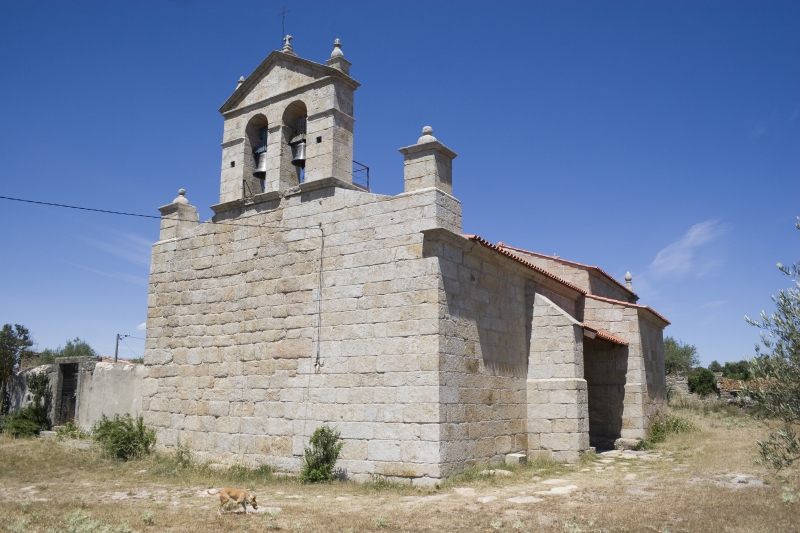 Dating: 12th and 18th centuries
Description: The church is dedicated to Saint Leocádia. The interior is made of an only ship divided in three. The interior covering is made of wood. Next to the epistle is the chapel of Saint Christ, workmanship dated of 1692. This configuration corresponds to a renewal of the medieval temple of which it stills preserve some signals, visible in the arc. In the area of the diocese, this church is one of the few where the main entrance has a lateral disposal. We are thus before a blind main façade, to the similarity of leoneses and Castilian models.
Source: in MOURINHO – António Rodrigues – Arquitetura religiosa da diocese de Miranda do Douro-Bragança, Sendim, 1995. RODRIGUES, Luís Alexandre – De Miranda a Bragança: arquitetura religiosa de função paroquial na época moderna, Dissertação de Doutoramento em História da Arte apresentada à Faculdade de Letras da Universidade do Porto, Bragança, 2001 (3 volumes).
State of conservation: good
Legends and Traditions: The people say that the façade is closed because during the Spanish domain the lateral entrance started to be the main one, for the reason that the main façade was facing toward the invading country (Spain).